2020 457 views
A descendent of explorer Sir Francis Drake uncovers the location of the legendary El Dorado. With the help of his mentor and an ambitious ...
ActionAdventure

2020 997 views
Feature adaptation of Frank Herbert’s science fiction novel, about the son of a noble family entrusted with the protection of the most ...
ActionAdventureDramaScience Fiction

2020 798 views
The story of a race of immortal beings who lived on Earth and shaped its history and civilizations.
ActionAdventureScience Fiction

2020 998 views
As a collection of history’s worst tyrants and criminal masterminds gather to plot a war to wipe out millions, one man must race against ...
ActionAdventureComedy

2020 520 views
Joe Gardner is a middle school teacher with a love for jazz music. After a successful gig at the Half Note Club, he suddenly gets into an ...
AdventureAnimationFamilyMusicScience Fiction

2020 554 views
Scooby-Doo and the Mystery Inc. gang team-up with various Hanna-Barbera characters to save the world from the evil Dick Dastardly.
AdventureAnimationComedyFamilyMystery

2020 2468 views
Natasha Romanoff, on the run from the government following her disobedience to the Sokovia Accords and for aiding Steve Rogers, finds herself on ...
ActionAdventureThriller

2020 4783 views
Bond has left active service and is enjoying a tranquil life in Jamaica. His peace is short-lived when his old friend Felix Leiter from the CIA ...
ActionAdventureCrimeThriller

2020 5782 views
A young Chinese maiden disguises herself as a male warrior in order to save her father.
AdventureDramaFantasy

2020 1888 views
Bea, Thomas, and the rabbits have created a makeshift family, but despite his best efforts, Peter can’t seem to shake his mischievous reputation. ...
AdventureAnimationComedyFamilyFantasy

2020 4020 views
A sled dog struggles for survival in the Alaskan wild.
AdventureDramaFamily

2020 6230 views
Sonic tries to navigate the complexities of life on Earth with his newfound best friend — a human named Tom Wachowski. They must soon join ...
ActionAdventureComedyFamilyFantasyScience Fiction

2020 1366 views
After splitting with the Joker, Harley Quinn joins superheroes Black Canary, Huntress and Renee Montoya to save a young girl from an evil crime lord.
ActionAdventureCrime

2019 113 min 1723 views
The untold true story set in the winter of 1925 that takes you across the treacherous terrain of the Alaskan tundra for an exhilarating and ...
AdventureDramaFamily

2019 141 min 1338 views
The next installment in the franchise and the conclusion of the “Star Wars“ sequel trilogy as well as the “Skywalker Saga.“
ActionAdventureScience Fiction

2019 100 min 1111 views
Spencer returns to the world of Jumanji, prompting his friends, his grandfather and his grandfather’s friend to enter a different and more ...
ActionAdventureComedyFantasy

2019 104 min 895 views
Elsa, Anna, Kristoff and Olaf head far into the forest to learn the truth about an ancient mystery of their kingdom.
AdventureAnimationFamilyMusic

2019 181 min 3161 views
After the devastating events of Avengers: Infinity War, the universe is in ruins due to the efforts of the Mad Titan, Thanos. With the help of ...
ActionAdventureScience Fiction

2018 149 min 1913 views
As the Avengers and their allies have continued to protect the world from threats too large for any one hero to handle, a new danger has emerged ...
ActionAdventureFantasy

2017 152 min 456 views
Rey develops her newly discovered abilities with the guidance of Luke Skywalker, who is unsettled by the strength of her powers. Meanwhile, the ...
ActionAdventureFantasyScience Fiction

2017 119 min 467 views
The tables are turned as four teenagers are sucked into Jumanji’s world – pitted against rhinos, black mambas and an endless variety ...
ActionAdventureComedyFantasy

Rogue One: A Star Wars Story

Rogue One: A Star Wars Story

2016 133 min 386 views
A rogue band of resistance fighters unite for a mission to steal the Death Star plans and bring a new hope to the galaxy.
ActionAdventureScience Fiction

2015 136 min 403 views
Thirty years after defeating the Galactic Empire, Han Solo and his allies face a new threat from the evil Kylo Ren and his army of Stormtroopers.
ActionAdventureFantasyScience Fiction
Page 1 of 212 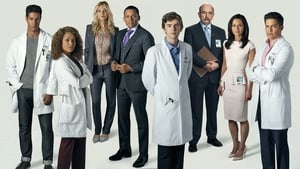 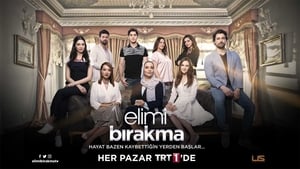